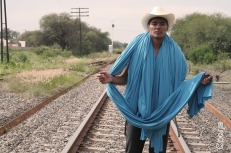 Juan M. Aldape (Mexico; photo by Carol Borja), holds an MA with distinction in International Performance Research from the University of Warwick (UK) and University of Arts in Belgrade (RS). As practitioner and researcher, his current work focuses on movement, migration and mapping discourses related to the choreographic. Most recently, he co-founded A PerFarmance Project, site-specific collaborations between farmers and performers researching the concept of community from rural/urban perspectives. He is an Erasmus Mundus Scholar, a member of International Federation for Theatre Research‘s Performance as Research working group, a regular contributor to loveDancemore performance journal and a collaborator of JuMo Dance with Molly Heller. Juan Manuel holds a BFA in Modern Dance and BA in Anthropology from the University of Utah (USA).

Paul Farrell (Ireland) Architect, print artist, photographer. Originally from Belfast, Paul graduated from Queens University Belfast with a BArch in Architecture. He has been practicing in Dublin for 6 years having worked on a number of medium to large scale projects in both the private and public sector. Recently he has achieved the Royal Institute of Architects Ireland Accreditation in Conservation at Grade 3. As a photographer Paul has published photographs in a number of architectural publications and exhibited works in various exhibitions locally in Dublin. 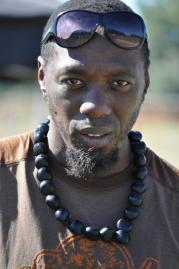 Edwin Lee Gibson (Pittsburgh) has performed ninety productions over his thirty-two years in the theatre. Mr. Gibson’s work as an artist has been featured in such publications as The New York Times, The Village Voice, American Theatre Magazine and Theatre Journal- Johns Hopkins. As a guest artist/guest lecturer he has made stops at Yale University, New York University, City University of New York, Harvard University, S.U.N.Y. Purchase College and the Center for Culture Race & Ethnicity at Ithaca College. His fourth play, Five ‘Til is currently in workshop with Under The Radar at The Public Theatre in New York City and will play at Western Michigan University in October 17-19. This Winter, he can be seen in the role of Raqmaan in the NaRa Films feature films, Blood First, which was shot entirely in the Homewood neighborhood of Pittsburgh. Mr. Gibson’s list of critical acclaim include: Off Broadway’s highest honor, The OBIE Award, for Outstanding Performance; the May 2006 cover of The NY Village Voice  Magazine; and two National Endowment for the Arts/ Mondo Cané writing commissions. Academic works include (August) Wilson: In Residence; and Freedom Initiative– which utilizes the canon of the late American playwright, August Wilson as a means for revisiting and re-imagining the American African experience, post slavery in the United States. Freedom Initiative is scheduled for Summer 2015 in Pittsburgh, Pennsylvania.

Colin Lalonde (Canada) is a performer, director, and performance researcher from Montréal Québec, Canada. He holds an MA-with distinction in International Performance Research from the University of Warwick (UK) and University of Arts in Belgrade (RS). His current research focuses on the emancipatory potential of performance creation practices. His undergrad was in theatre at the University of Ottawa. During his time in Ottawa he worked as a performer and director with the performance and research collective Les Atelier du Corps, which developed new performance training techniques and performances that have been included in the Canada Dance Festival’s program. He is currently running a performance/gallery space in Montreal for the development and presentation of new visual and performance work.

Currently developing the artistic and research project BODY NEVER LIES with Monika Ponjavić. Author of the research project BA(O)SNA, which deals with experiencing space and articulating narratives of confused identities in public spaces.

Christina Springer (Pittsburgh) is a text artist who uses poetry, dance, theatre, film and other visual expressions. “She Diva Died. & Come Again?” is a one woman multi-media show exploring motherhood and the raising of a Black man.  She is also currently working on “Rebrand The Past: Experiments With Perception.” She has performed nationally and internationally, most recently in Greece and India.  As an Outreach Artist at The Tower Of London, she delivered four site-specific, mixed-media projects with youth. Her poems have appeared in numerous literary journals and anthologies.  She currently resides in Pittsburgh where she home educates her son.

Julianne Avolio (Pittsburgh) is very excited to be a part of Unlisted. Julianne is a graduate of the University of Pittsburgh with a degree in Theatre Arts and Children’s Literature.  After working with the Florida Repertory Theatre for a year as an acting intern, she is excited to be back in Pittsburgh! Most recently she finished filming the winner of the Steeltown Film Factory – My Date With Adam.  Favorite roles include Susan in [Title of Show], Harper in Angels in America, Celia in As You Like It, and Alice in Alice.  Many thanks to everyone at Yinzerspielen for this amazing opportunity. 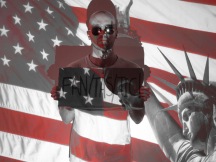 Chris Bell (USA) is a performance researcher and practitioner who hails from the frozen tundra of Minnesota. He holds a MA in International Performance Research from the University of Warwick (England) and the Universiteit van Amsterdam (The Netherlands) where his research focused on the performativity of the gendered identity and applying theatre to prison rehabilitation and reform. Most recently, he collaborated with Juan M. Aldape (see the Hill District) and Melissa Aldape on an artist residency in the farming community of Cloneen, Ireland. The residency focused on researching the history of Cloneen and the village’s current methods of food production in an effort to demystify the journey from stable-to-label-to-table. The newly formed archive of knowledge was then utilized to create a culminating site-specific performance piece. For more on the project, visit us on Facebook: https://www.facebook.com/PerFarmanceProject. 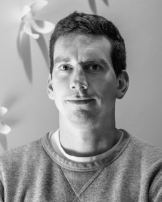 Matthew Conboy (Pittsburgh) is an artist and photographer working in Pittsburgh, Pennsylvania. After earning a BS in architecture from the Catholic University of America, he studied photography at Virginia Commonwealth University where he received his MFA. He is now pursuing a PhD at Ohio University and is writing his dissertation on W. Eugene Smith’s Pittsburgh Project. Matthew teaches photography at Robert Morris University and lives in the Mexican War Street neighborhood on the North Side of Pittsburgh. To view more of his work, please visit his website [matthewconboy.com], or follow his most recent project, West South West, on tumblr [matthewconboy.tumblr.com].

Dino Pešut (Croatia) is a playwright and performance maker based in Zagreb. In 2009, he enrolled at the Academy of Dramatic Arts in Zagreb in the Department of Dramaturgy. As a director, he devised performances Equinouxe de primtemps, a co-production of the Zagreb Youth Theatre and La Mama Theatre in 2009, and What Happened? by Gertrude Stein for the Theatre Festival of the Academy in Zagreb in 2012. As a dramaturg, he worked on the performance Yellow Line (directed by Ivica Buljan), a co-production of Zagreb Youth Theatre and the Staatstheater Braunschweig, and Wasted Youth with Unlisted. His plays Alexander McQueen’s Suicide Note and Pressures of My Generation were broadcasted on Croatian National Radio. Pressures of My Generation was also presented at the Forum of Young European Playwrights within the Neue Stucke aus Europa Theatre Biennale in Wiesbaden, and the Little Night Reading held in the Zagreb Youth Theatre. The play has also been published in the magazine Theatre, and is expected to premiered May 2013 at the Croatian National Theatre in Split. Dino’s play L.O.S.E.R.S. was a finalist of the competition for best socially engaged play in the region by the Heartefact Fund in Belgrade, and will be read within the ShortsHRift program in London. He has also been selected for the Traverse 50 program at Traverse Theatre, Edinburgh.

Michael Young (Pittsburgh) is a graduate of Allegheny College with degrees in both Environmental Studies and Theatre. Michael has studied and trained in Pittsburgh, New York, Stratford and London. Pittsburgh born and raised, Michael is excited to return to the city that he loves and to be a part of projects such as this one. He currently works as the Environmental Director of Organic Theater Pittsburgh where, alongside producing full-scale productions, he has been working with local playwrights in the area to get their work heard, developed and seen through projects such as The Greenhouse Project and Organic’s Arts + Environment festival.

Riva Strauss (Pittsburgh; photo by Sam Scanlon) began performing at age two at small studios in Massachusetts. She attended Pioneer Valley Performing Arts where she began to explore improvisation in the Catalyst Dance Company. In her senior year of high school she additionally studied dance at Smith College, and UMass Amherst. In 2009, she created Poof – Social Change Through Art, an experimental multi-media performance community. In 2011 she received the Trespass Residency at Future Tenant. Poof has performed all over Pittsburgh at venues such as New Hazlett Theater, Oh Yeah! Ice Cream, Te Café, The Beehive, The Space Upstairs, Duquesne University and more.  In 2012, Riva graduated cum laude from Point Park University with a dual concentration in jazz and modern dance and a minor in Global Cultural Studies. Riva currently dances with The Pillow Project and teaches dance and yoga in the Propel Northside Creative Movement Program. She is a certified Sampoorna yoga teacher 200-hour level by the Leela Mata Peaceful Valley Ashram and currently teaches at the PNC YMCA and Gold’s Gym. She is also certified in Usui Reiki Ryoho, Shoden level from Jeff Greenwald.